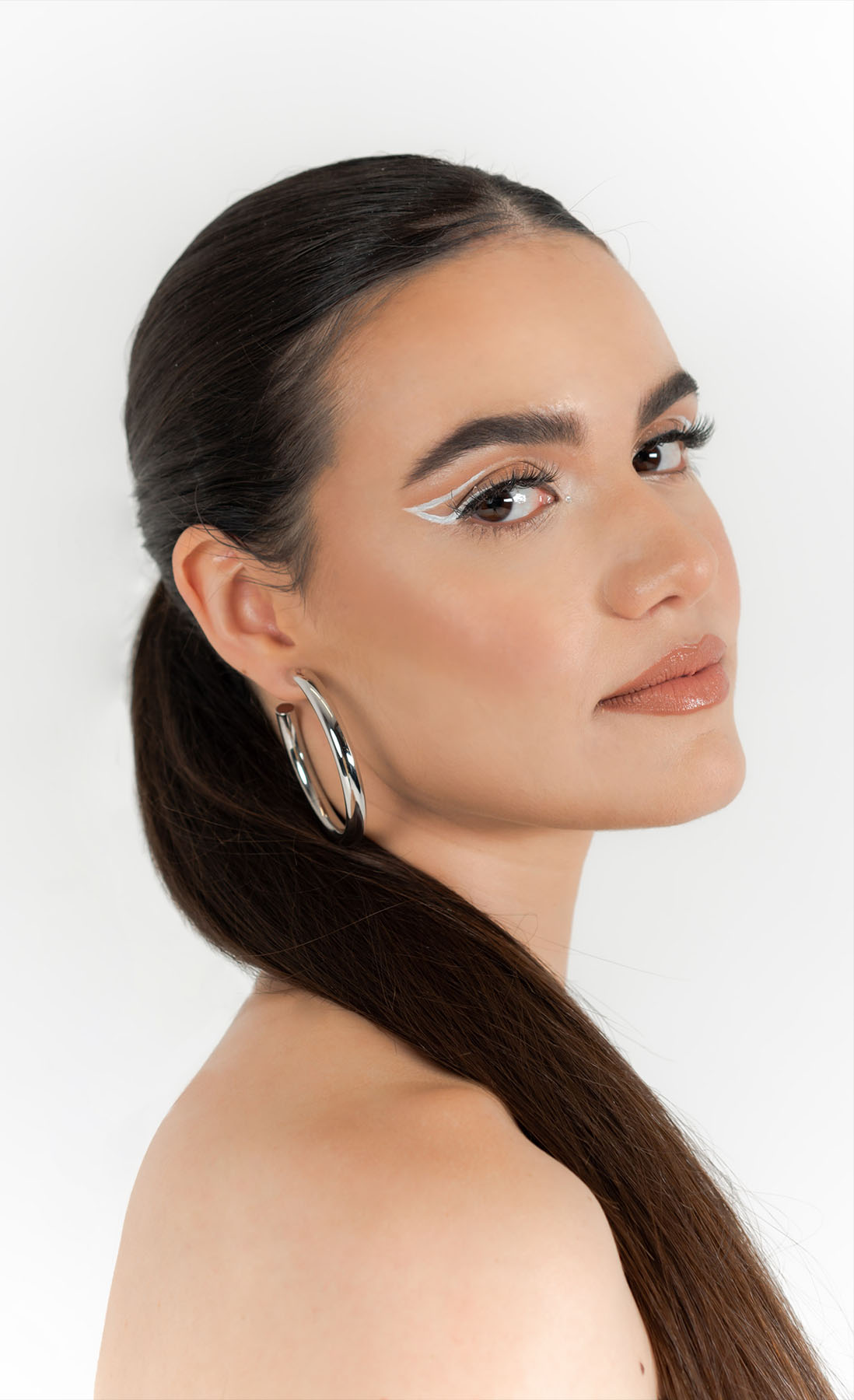 Dolleesi is an internationally recognized singer and songwriter, currently based in Los Angeles, CA. She was born in North Greece and was raised on the island of Rhodes, where her talent in music started to bloom. Dolleesi is known for her powerful vocals and her impressive range that blend harmonically with the smooth sound of her guitar and piano, creating a unique vibe that makes the audience travel through time. Creative and versatile, Dolleesi composes tracks with a rich pallet, combining elements of Pop, R&B, and electropop. Her melodic original compositions are deeply emotional and atmospheric, expressing the full depth of her inner world. Lyrics sprout from her heart, reflecting the power of feelings through the human experience. Dolleesi has her own team with renowned songwriters and producers with whom she has released 3 singles ” Independently Me”, “Escape”, “Sugar Rush”.

As a professional musician, with a Dual Degree in Bachelor of Music, Voice Performance and Songwriting from Berklee College of Music, Dolleesi has a rich wealth of knowledge in performing arts, music theory and composition. She started her music education at the Melantheio Conservatory in Rhodes at the young age of 11, and then she continued her studies at the Philippos Nakas Conservatory in Athens.

As a passionate teenager, devoted to music, Dolleesi decided to leave her country, to explore further in Europe and then in the USA. She stopped at nothing to succeed in her goals, including moving to a different continent by herself. The sacrifices she needed to make and the obstacles she had to overcome, made her a mature independent young artist, and gave her more inspiration for her original songs, arousing the interest of journalists and the press, such as Greek Reporter, LA Voyage and Patch.

Throughout her musical journey, Dolleesi has collected many accolades and has collaborated with distinguished artists in the music industry including Gabrielle Goodman (ASCAP award-winning songwriter), and Nichelle Mungo(Grammy music educator nominee).Taking her composition skills to a new level, Dolleesi had also collaborated in co-writing sessions with the famous DJ Nick Martin who last performed with Grammy winners, Chainsmokers and the songwriter Bonnie Hayes with Grammy winning album in 1989, worth mentioning Walt Disney’s composer- producer Aris Archontis and Grammy-nominated and 2-time BAFTA winning composer Austin Wintory.

As a lead singer and musician, Dolleesi has performed her original compositions in renowned venues, such as Berk Recital Hall -a stage that hosted Grammy award winners Steve Vai and Susan Tedeschi . She had also performed at festivals and concerts across Europe and the United States, including the annual Festival “DreamLand” and in 2018, the worldwide best-selling arenas-with $2.2 million ticket sales in one year-the Agganis Arena, in Boston.

Diligent and methodical in her work, Dolleesi believes that consistency and hard work are essential tools necessary for success. Equipped with talent and discipline, she is breaking down barriers. The freshness of her youth and keen sensitivity allow her to find satisfaction in selflessness and contribution. Soulful, impactful, and beautiful, Dolleesi is reaching a new evolution in music.

“Let’s discover the key to our hearts and walk hand in hand,
in a world that we are in need of each other.”
-Dolleesi